Higher on the CFO's agenda 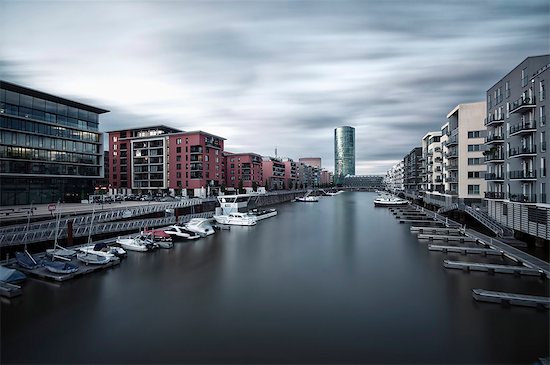 The importance of indirect tax has increased over the last couple of years. While the rates for direct tax, corporate income tax, are decreasing, the rates for indirect tax keep rising. Time for Richard Cornelisse, editor of Global Indirect Tax Management, to act on that: ‘At multinational companies we’re easily talking about amounts of over 5 billion euros of indirect tax flowing through the books. Yet according to big4 surveys, the related control mechanisms are still inadequate. Not only can an error in the accounts lead to major additional tax assessments and substantial penalties, with amounts like these, it can be devastating for the reputation of a listed company.’

The global benchmark study on VAT / GST 2013 of KPMG  among multinationals (clients and relations), inter alia, shows that most companies haven’t yet developed an effective VAT/GST approach.

Tax Authorities, due to technological innovations, have become increasingly better in executing their tax audit. The probability that the Tax Authorities will issue additional assessments and penalties in the near future because errors in indirect tax are detected, increases by the day.’

Isn’t it strange that the indirect tax still isn’t high on the agenda of the Head of Tax and the CFO?

Cornelisse: ‘It is indeed. Not only are the amounts in the indirect tax cycle continuingly rising internationally, these surveys also reveal that the Tax Authorities, due to technological innovations, have become better at executing their tax audit.The chance that the Tax Authorities will issue additional assessments and penalties in the near future because errors in indirect tax are detected, increases by the day.’

‘The chance that the Tax Authorities will issue additional assessments and penalties in the near future because errors in indirect tax are detected, increases by the day.’ Cornelisse: ‘On the one hand it’s understandable. Because of the structure of determination and control within organizations, indirect tax is dealt with completely differently than direct tax.

The Head of Tax is responsible for all taxes in the company, but it appears that the main focus is on direct tax. The Indirect Tax Function often reports to the Head of Tax, who, in turn, reports to the CFO. This is one of the reasons that hardly any KPIs are determined for VAT/GST and the CFO almost exclusively attends to direct tax regarding tax risks.

The CFO has a lot on his plate and lines of reporting often fail to sufficiently pass on the risks of indirect tax and the necessity of managing this adequately.’

But doesn’t the CFO’s financial auditor point out the large risks associated with insufficient control of indirect tax?

Cornelisse: 'That is indeed strange since I assume that the results of the benchmark studies are not only shared with clients, but especially within the organization itself, including colleagues in the audit department.

In terms of quality and providing integrated service, it can be expected that a position be taken each year concerning materiality and thus the necessity for further examination during the annual audit.

It is remarkable, however, that regarding indirect tax, the tax advisory departments of the Big4 mention the increasing risks of additional assessments, penalties and loss of reputation because risks are rising and KPIs and controls of indirect tax are lacking, but that this knowledge is hardly ever taken into account during the financial statement audit.

The CFO assumes that the knowledge acquired within the walls of the large accountancy and tax consultancy firms is shared, but the tax advisors appear to be prone to focus solely on serving their own circle of clients and to a far lesser extent on strengthening other services within the organization itself. Focus on one’s own expertise is good on the one hand, but it can also lead to reduced transfer of information.’

Isn’t this where the financial auditor comes in?

Cornelisse: ‘It’s understandable from the financial auditor's perspective that the accounting firms don’t always deploy the knowledge available in their own tax advisory department when performing the financial statement audit.

The tax advisors primarily address their own clients, for which personal KPIs such as sales turnover must be achieved, and therefore have an individual higher rate structure. The financial auditors apply sharp rates in their market competition, and expensive internal staff hours spent on control of indirect tax are limited as much as possible. It costs a lot of money to hire internal knowledge and that money isn’t always available in economically difficult times.

They have, however, a responsibility, especially when it comes to managing reputational damage.’

If the facts say that more control, more KPIs are required in monitoring the indirect taxes, then why doesn’t the CFO take that on?

Cornelisse: ‘The most important reason is that the CFO has a lot on his plate. Indirect tax has no priority.

Due to economical circumstances, choices have to be made regarding budgets for internal control. And because indirect tax has traditionally received little attention, it will surely not get more in times of crisis.

The deployment of expensive fiscal knowledge therefore usually remains limited to control of direct tax.’ ‘The Indirect Tax Function is aware of the fact that it is understaffed and that budget is too limited to optimally execute its tasks, but they often don’t know how to change this and get it on the agenda of the CFO.

If the risks are truly this high, then shouldn’t it receive more attention from the CFO?

‘Just consider: a mistake of one percent can make the difference between profit and loss for a multinational company. Explain that to your shareholders.’ Cornelisse: ‘That’s exactly the reason I started the Global Indirect Tax Management initiative. It’s not that the problem is unknown among the multinationals, but they just don’t share information sufficiently.

The Indirect Tax Function is aware of the fact that it is understaffed and that budget is too limited to optimally execute its tasks, but they often don’t know how to change this and get it on the agenda of the CFO.

The surveys of the Big4 are clear: we are talking about extremely large amounts of money that lack appropriate control, but because KPIs have never been developed for this particular purpose, the risks remain outside the CFO’s field of view. One of the tools the Global Indirect Tax Management initiative offers, are aimed at achieving better awareness.

The fact that direct and indirect tax work in a different way must also be taken into account.

The Head of Tax should be more involved in the Indirect Tax Function. The Head of Tax mainly gets his information from corporate finance and not so much from other departments. And that is precisely where the indirect tax is managed and must be operated. It is therefore often not visible for the Head of Tax how important the controls on indirect tax are.

If the Head of Tax and the Indirect Tax Function would figure out how to cooperate more efficiently, they will also bring indirect tax more into the spotlight of the CFO.’

Carried by the organization itself

How can change be accomplished?

Cornelisse: ‘It’s essential that change comes from the organization itself. An advisor can repeat this over and over, but if it isn’t carried out within the organization, by the people who actually have to work with it, nothing will change.

It starts with the people in the organization becoming aware of the amounts that are at stake and the risks of something going wrong. Big4 surveys show unanimously that we’re easily talking about amounts of 5 billion euros concerning indirect tax. Benchmark studies repeatedly create the same picture: too little control, too few KPIs and when a mistake is made in the control, it usually concerns large amounts of money.

The reason is that both from within the organization – that is, via the Indirect Tax Function, the Head of Tax and the internal audit – and from outside – that is, financial auditor – insufficient signals reach the CFO in order to raise priority of indirect tax.

Cornelisse: ‘That’s right. And that deadlock must be broken. The internal and external stakeholders are all chains in the process and if one isn’t cooperating, change is difficult to accomplish.

It is essential that financial auditors also read the surveys, acknowledge the risks and discuss them with the CFO. The best outcome would be if the indirect tax would be controlled by default in audit or if a stand point would be taken not to do that.

In case control is required, all methods and tools developed by one’s own tax advisory department are to be deployed in order to ensure quality. This influences the CFO externally, can bring about change top down and can lead to new instructions for internal audit and Head of Tax. As a result, the Indirect Tax Function can have the tools (mandate, resources, budget etc.) necessary to execute its tasks adequately.