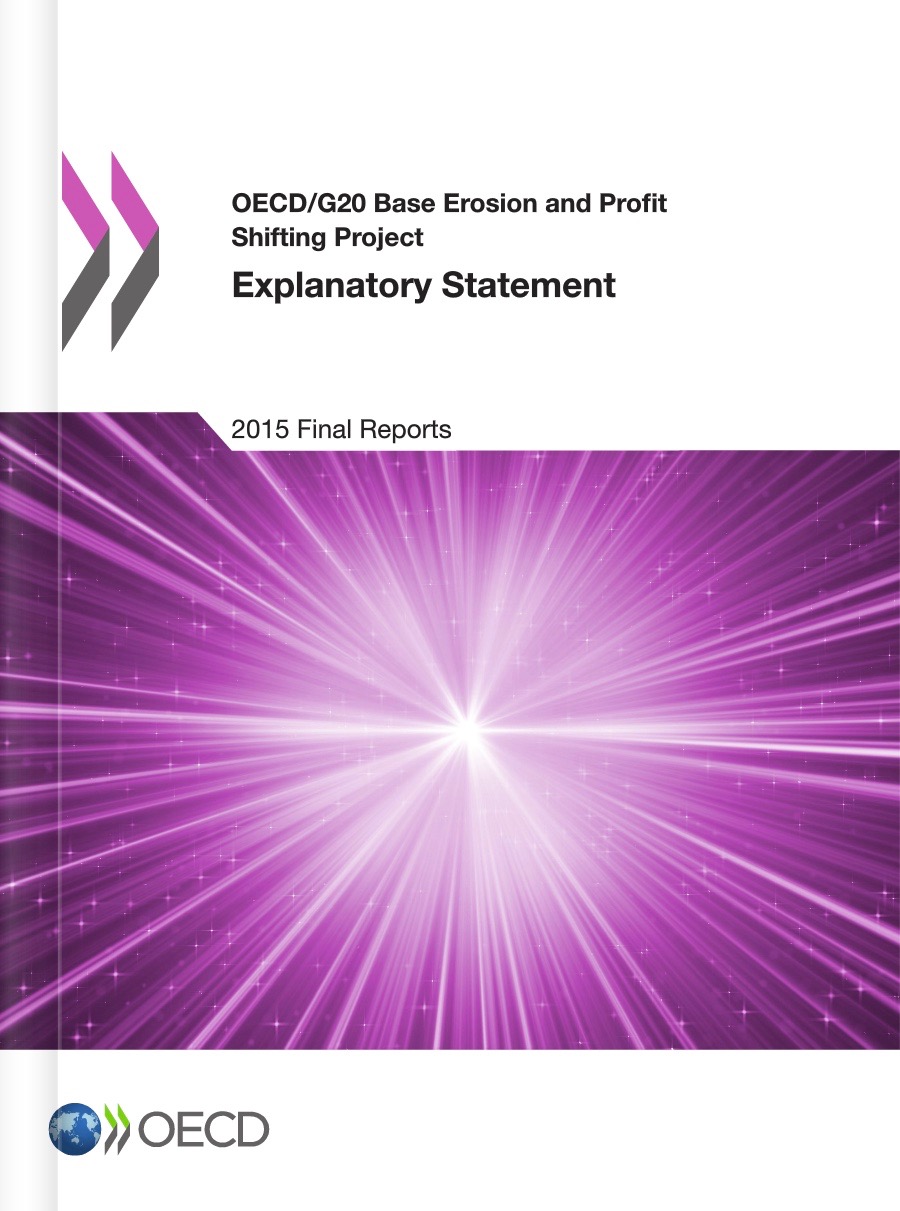 Final BEPS package for reform of the international tax system to tackle tax avoidance has been published. The final reports include recommendations for substantial direct tax change. Revenue losses from BEPS are conservatively estimated at USD 100-240 billion annually, or anywhere from 4-10% of global corporate income tax (CIT) revenues.

Given developing countries’ greater reliance on CIT revenues as a percentage of tax revenue, the impact of BEPS on these countries is particularly significant.

BEPS has an Indirect Tax impact too

The final BEPS report includes changes to the definition of PE for income taxes of Article 5 of the OECD Model Tax Convention. Action 7 broadens the threshold to determine when such PE status exists. Currently such a PE status does not exist for commissionaire arrangements and the specific activity exemptions in treaties, such as warehousing, purchasing and preparatory and auxiliary activities.

The indirect tax definition of a fixed establishment (FE) is different from a PE and has its foundation in EU VAT law and should therefore not be affected by the BEPS initiative or OECD definition. Some countries however do (still) not accept the absence of a FE once a PE has been established. Note that the amount of PEs will increase when "Action 7" is in force (e.g., commissionaire, overseas warehouses, toll manufacturing, marketing agents, consignment stock). For example this risk of PE increases when an agent is actively involved in generating sales locally and that activity directly results in a binding contract.

As businesses are facing global challenges it makes sense that the existing business model is reevaluated and amended when necessary to meet the new PE environment. That most likely means moving away from a commissionaire structure.

Adapt to change in time

Determine VAT impact of such changes of the company's supply chain and/or location of its tax functions. This could result in new VAT registrations, VAT reporting, setup of ERP system and invoicing, new contracts, pricing procedures, processes and controls. 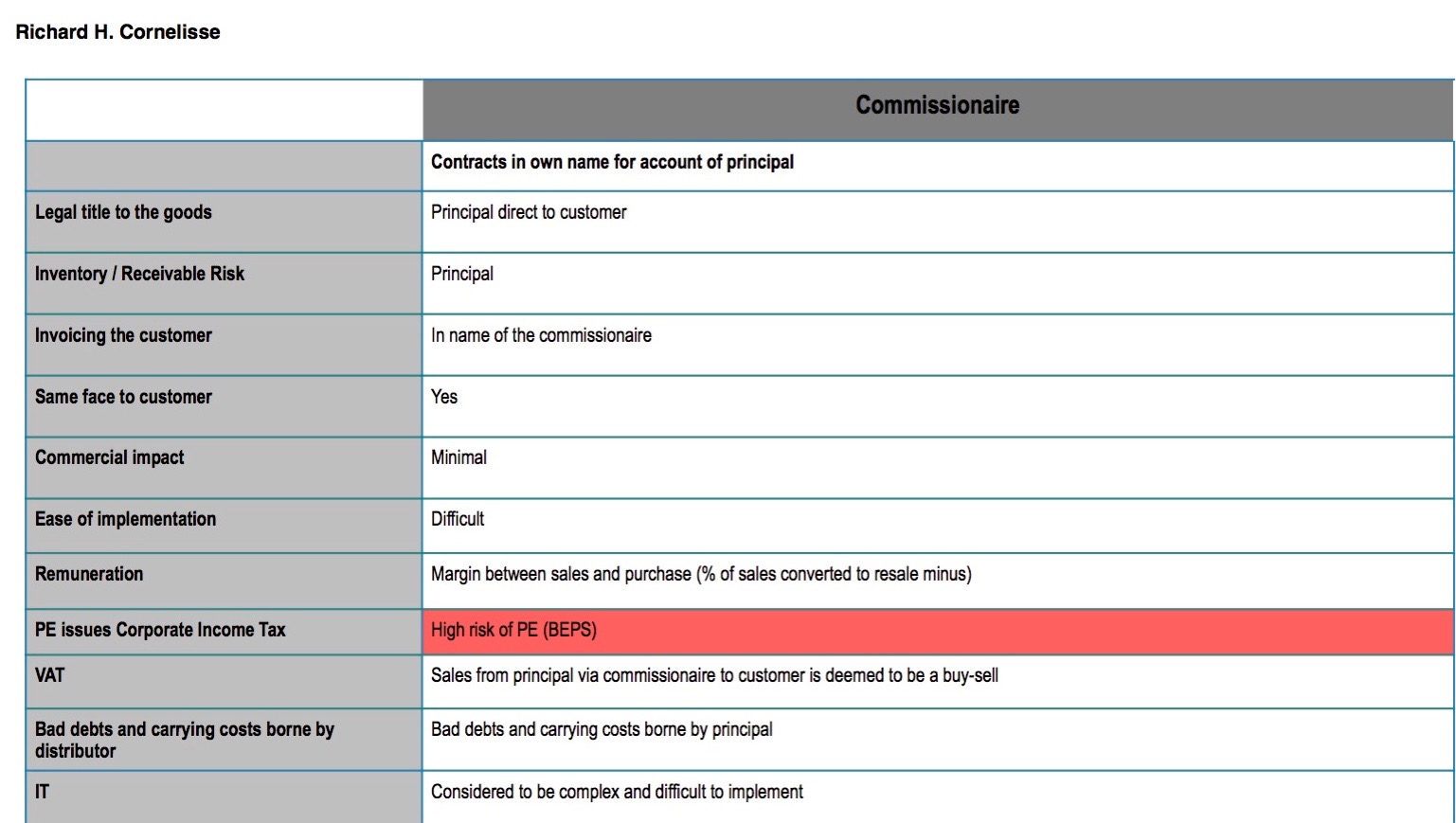 Action 13 provides a template for multinationals to report on an annual basis and for each tax jurisdiction in which they operate revenue figures and other key figures should be reported. The data of these reports give direct tax authorities the possibility to audit the amount of direct tax paid.

However for indirect tax authorities it is useful data as well. From a custom perspective it could be supportive during auditing the valuation of the transactions when customs duties are due and for VAT cross border intercompany transactions have always qualified as a high risk area.

The SAF-T standard, originally created by the OECD, is intended to give tax authorities easy access to the relevant data in an easily readable format for both corporate income tax as VAT. This leads to much more efficient and effective tax inspections. Data analytics will become the most efficient and effective way of future tax auditing.

The digital economy is changing fast. The international tax standards has to adapt accordingly: the tax system have to adjust to ensure tax collection and avoid that domestic and foreign non resident suppliers are treated differently.

The European Union (EU) and South Africa, have taken steps to manage their VAT bases by broadening the mandatory registration rules. The EU has implemented in 2015 the destination principle (i.e. where consumption takes place) as place of supply rule. Many other countries however have different indirect tax rules.

The Government has released an exposure draft Bill and associated explanatory material that would amend the goods and services tax (GST) law to give effect to the 2015-16 Budget decision to ensure digital products and services provided to Australian consumers receive equivalent GST treatment whether they are provided by Australian or foreign entities. Australia – GST Treatment of Cross-border transactions

The area of attention are the effective collection of VAT/GST with respect to the cross-border supply of digital goods and services: online sale, importation of low-value goods and in B2C (business-to-consumer) transactions that digital services supplied remotely by non-registered vendors.

Technical options to deal with the broader tax challenges such as nexus and data are discussed and further analyzed by the OECD and analyzed data will become available in due time.

The OECD has published its international VAT/GST Guidelines, which are expected to be approved in 2016. Jurisdictions are encouraged to use existing bilateral, regional or multilateral arrangements on mutual co-operation to practically comply with the Guidelines. 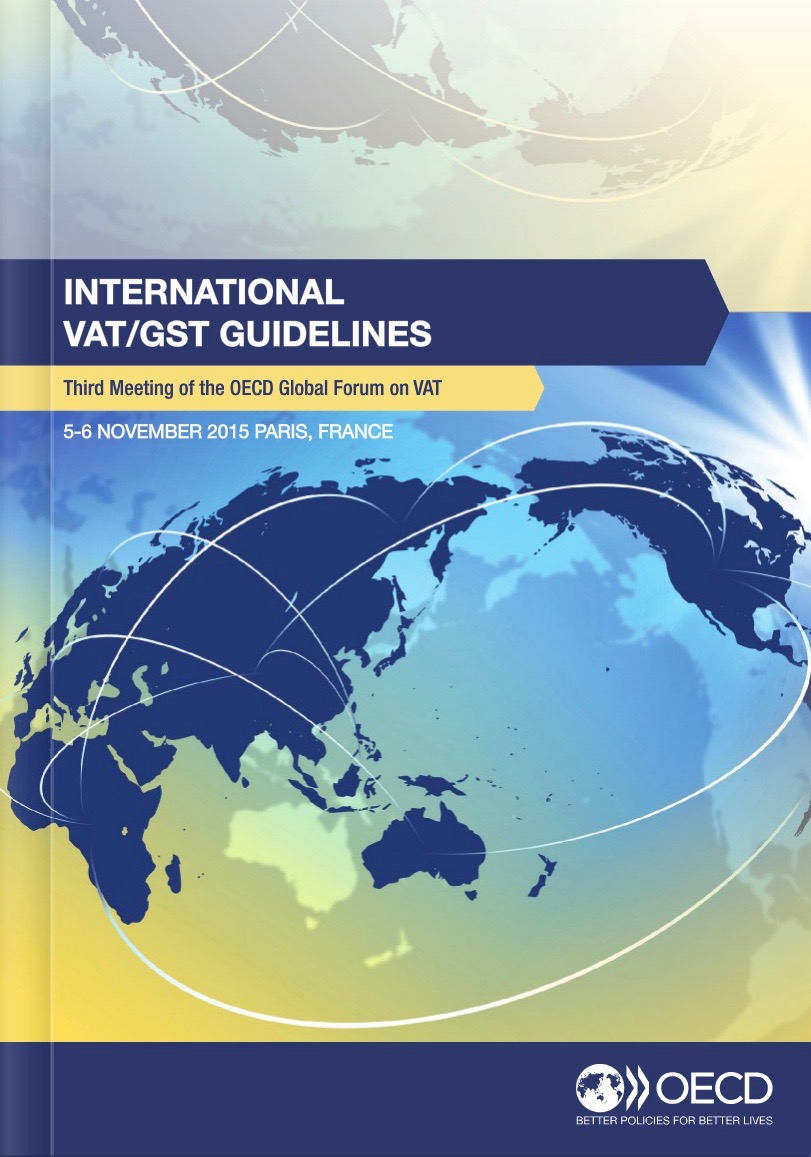 At the second meeting of the OECD Global Forum on VAT, in April 2014 in Tokyo, the high-level officials of 100 jurisdictions and international organisations endorsed the first three chapters of the OECD International VAT/GST Guidelines as global standards for the application of VAT/GST to international trade.

In the Statement of Outcomes of this meeting, they urged the OECD to finalise the work on the remaining elements of the Guidelines and to present the completed Guidelines for endorsement at the next meeting of the Global Forum.

This work has been carried out since April 2014 and the resulting new elements of the Guidelines have been merged with those that were endorsed at the 2014 Global Forum to form a fully consolidated draft.

This consolidated draft was approved by the OECD’s Committee on Fiscal Affairs (CFA) on 7 July 2015 with OECD and G20 countries working together on an equal footing, and is now presented for discussion at the third meeting of the OECD Global Forum on VAT.

These new elements of the Guidelines notably include a recommended solution for the effective collection of VAT/GST on the remote business-to-consumer sales of digital products by foreign suppliers (B2C Guidelines).

These B2C Guidelines were developed in the context of the OECD/G20 Project on Base and Erosion and Profit Shifting (the BEPS Project). They were included in the 2015 Final Report on BEPS Action 1 “Addressing the Tax Challenges of the Digital Economy” that was endorsed by G20 Finance Ministers at their meeting on 8 October 2015 in Lima, Peru, as part of the final BEPS Package.