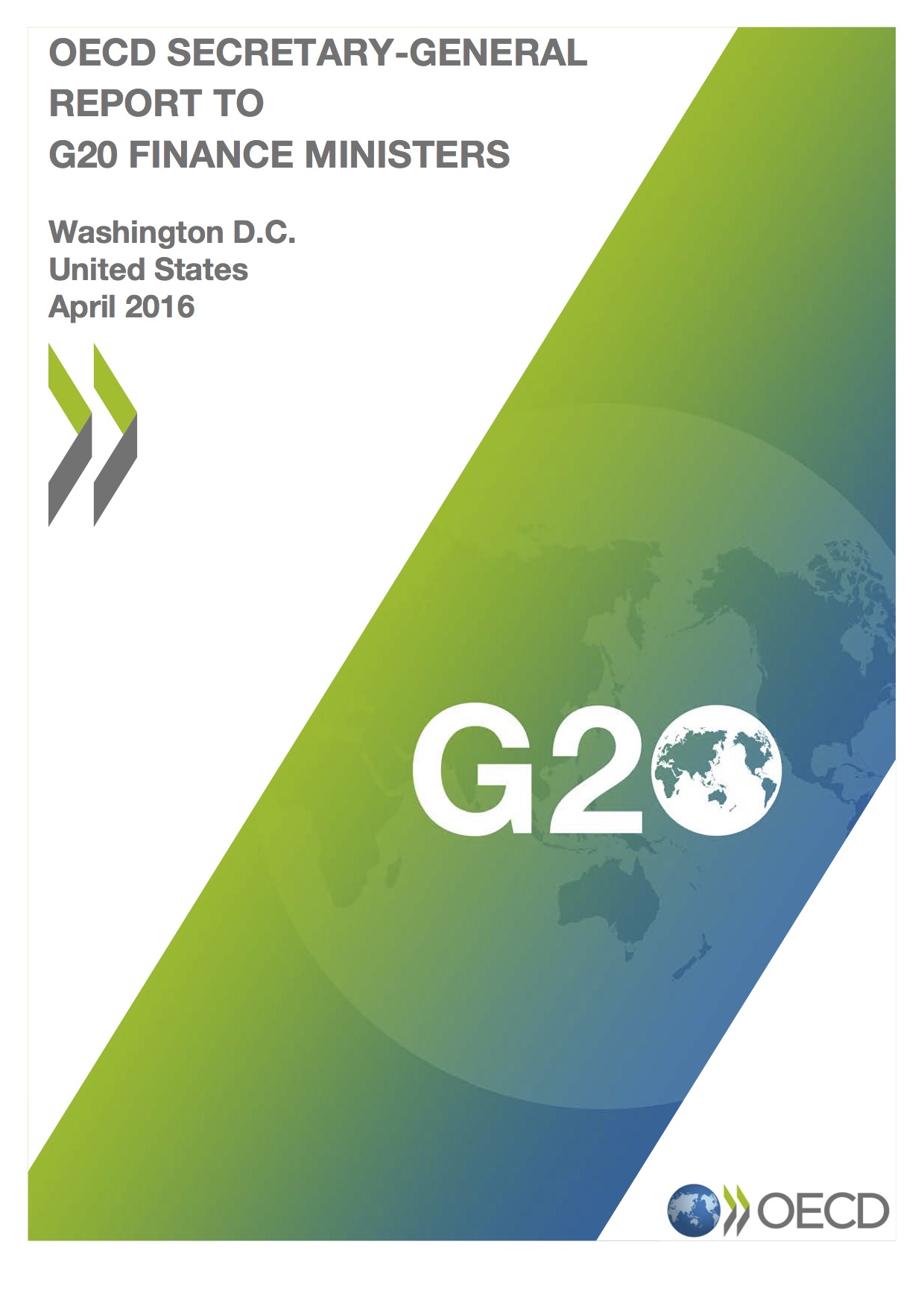 On April 14, 2016 the OECD published a report from OECD Secretary-General Gurria that was presented during the G20 Finance Ministers meeting in WashingtonDC (UPDATE ON TAX TRANSPARENCY). In the report the Secretary-General urges the international community to call time on all remaining holdouts who have yet to implement internationally agreed tax transparency standards.

In the report a.o. the following subjects are discussed:

Standards must now be endorsed by all relevant jurisdictions

PROPOSED ACTION: The G20 should reaffirm the need for the identified countries and jurisdictions to commit to the CRS without further delay. Countries should now sign the multilateral Convention on Mutual Administrative Assistance in Tax Matters noting that only sovereign States can legally sign this instrument, as well as the Competent Authorities Agreements for the CRS without further delay.

Standards must now be implemented

PROPOSED ACTION: The G20 should call on all countries and jurisdictions to take all necessary actions to have their legal and regulatory frameworks in place and to properly implement the EOIR standard in practice so that they are all at least “largely compliant” by the G20 Summit in 2017.

PROPOSED ACTION: Countries and jurisdictions should speed up their implementation efforts of the CRS to ensure they deliver in accordance with the timelines to which they committed and the Global Forum should report to the G20 in July 2016 on the state of the implementation, with a plan to address possible deficiencies.

Ensure the integrity of the CRS

PROPOSED ACTION: The OECD working with G20 countries will develop measures to ensure the integrity of the CRS, and report on progress to the G20.

Use the OECD’s Oslo Dialogue to improve access to beneficial ownership information, and take action against those seeking to conceal it

PROPOSED ACTION: Progress should be made towards more effectiveness in the implementation of the beneficial ownership identification rules and alternative solutions should be explored to make sure the information is more readily available. In addition, the OECD’s Oslo

Dialogue should be mandated to come up with recommendations to strengthen effectiveness of inter-agency and cross-border co-operation that could tackle tax crimes and other financial crimes.

PROPOSED ACTION: The G20 could consider how to further proceed with the recommendations on defensive measures.

Further the report contains an Annex providing an update on Panama’s progress to commit and implement the tax transparency standards.

The OECD has teamed up with the International Monetary Fund (IMF), the UN and the World Bank Group (WB) to create a new platform for collaboration on tax, with the aim of boosting global co-operation in tax matters.

The Platform will work on:

The slide deck starts with a trend overview of the author and subsequently relevant tax survey findings were gathered that relate to these trends spotted.  The complete overview is relevant from a priotization and tax strategy perspective.