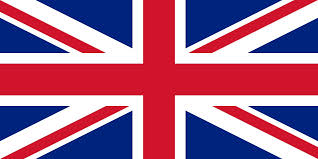 Relax, the VAT law will probably not change in the next 2 years.

The UK must first give the European Council notice of its intention to withdraw and a 'Brexit' agreement has to be negotiated. The negotiations are about setting the new relation between the UK and the EU and include tax and tariffs. That is already delayed as Prime Minister David Cameron considers that all a task of his successor.

"Mr Cameron has said it should be up to his successor to decide when to activate Article 50 by notifying the European Council. Once this happens, the UK is cut out of EU decision-making at the highest level and there will be no way back unless by unanimous consent from all other member states.

Quitting the EU is not an automatic process - it has to be negotiated with the remaining 27 members and ultimately approved by them by qualified majority. These negotiations are meant to be completed within two years although many believe it will take much longer. The European Parliament has a veto over any new agreement formalising the relationship between the UK and the EU." Brexit: What happens now?

As EU law will no longer apply - 'be in force' - the UK regains the right and flexibility to introduce own VAT legislation (again). That can be done much quicker as EU approval is also no longer required:

The interpretation of UK VAT law during litigation becomes a UK matter only at least for issues that took place after the secession. With other words the UK regains full control.

VAT reporting will change as well as EC Sales Lists and Intrastat reporting will no longer apply unless a similar concept is negotiated with the EU. UK businesses that operate in the EU the VAT compliance obligations are impacted and an analysis should be made:

From an operational perspective a company's processes and controls have to be updated to the new situation at hand. ERP systems must reflect these changes and that means that tax determination logics, tax codes, invoice and reporting requirements have to be assessed and new rules implemented as well. IT time has to be scheduled in to make it happen.

That being said businesses will have sufficient time to oversee the consequences and be well prepared. It will probably take 2 years to come into force. Lots can also happen in the meantime. Maybe a next referendum reverses the 'Brexit'. Or United Kingdom will become less united as Scotland and the city of London decide to remain with the EU.

The future will tell.