Based on VAT collection figures from 2013, the overall difference between the expected VAT revenue and the amount actually collected (the so-called "VAT Gap") did not improve on 2012.

While 15 Member States saw an improvement in their figures, 11 Member States saw deterioration. The total amount of VAT lost across the EU is estimated at €168 billion, according to the report. This equates to 15.2% of revenue loss due to fraud and evasion, tax avoidance, bankruptcies, financial insolvencies and miscalculation in 26 Member States.

"This important study highlights once again the need for further reform in VAT collection systems across the EU. I urge Member States to take the steps needed to fight tax evasion and tax fraud at all levels. This remains a burning issue and is at the top of this Commission's agenda."

A press release is available, along with a fact sheet 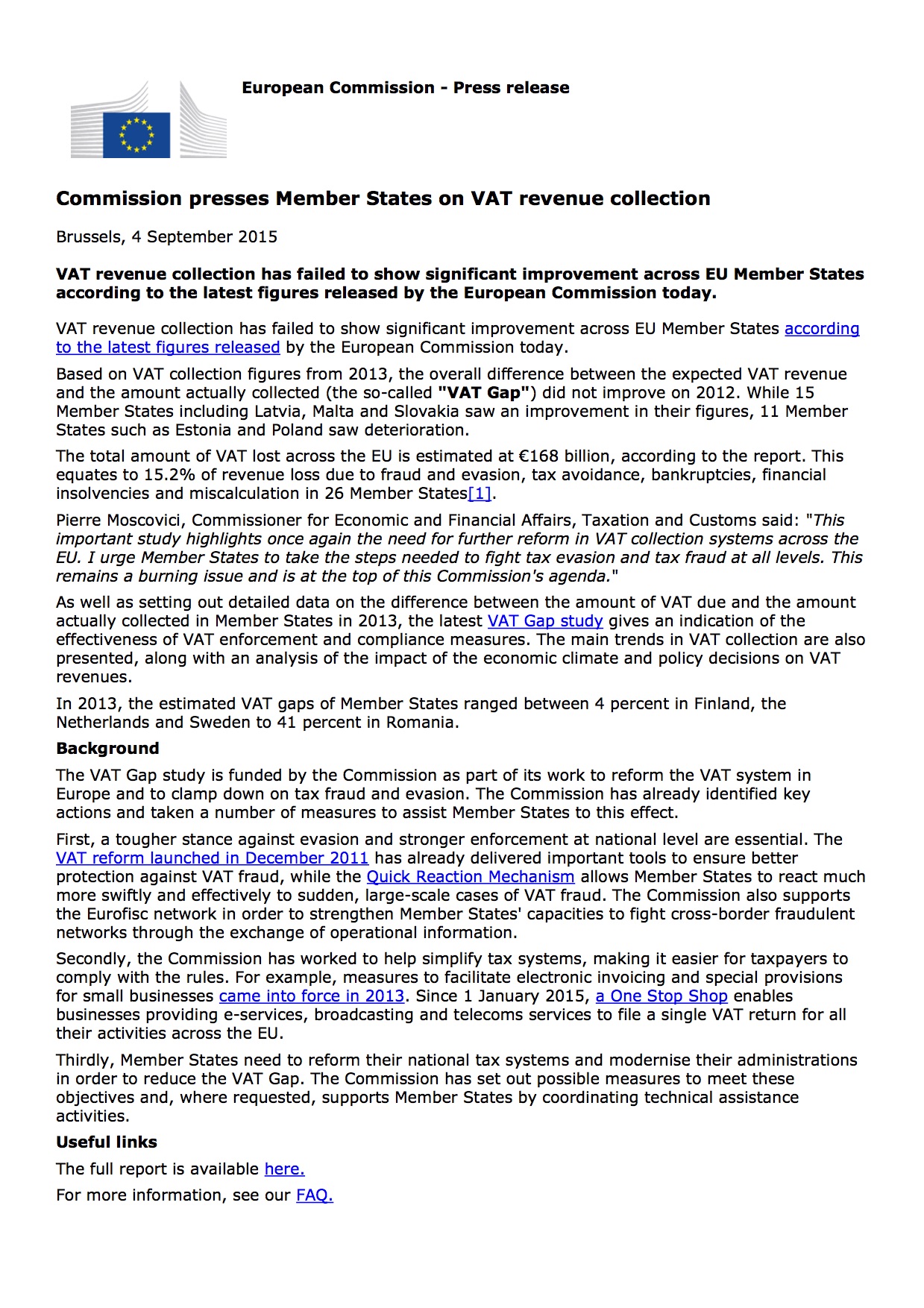