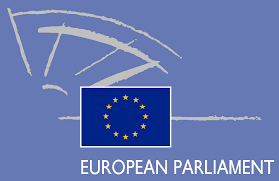 On May 24, 2015 the co-rapporteurs Jeppe Kofod and Michael Theurer will present their Draft report on tax rulings and other measures similar in nature or effect to the European Parliament’s Special Committee.

Overall considerations and establishment of facts

A. whereas the ‘Panama Papers’ and ‘LuxLeaks’ scandals, as revealed by the International Consortium of Investigative Journalists (ICIJ), have shown the urgent need for the EU and its Member States to fight tax evasion and avoidance and act for increased cooperation and transparency in order to re-establish tax justice;

B. whereas the scale of tax evasion and avoidance is estimated by the Commission to be EUR 1 trillion a year, while the OECD estimates the revenue loss at global level to be between 4 % and 10 % of all corporate income tax revenue, representing between EUR 75 and EUR 180 billion annually, at 2014 levels; whereas these are only estimates and the actual figures might be even higher; whereas the costs to society of such practices are evident; whereas tax fraud, tax evasion and aggressive tax planning erode the tax base of Member States and thereby lead to loss of tax revenues;

C. whereas small and medium-sized enterprises (SMEs) are the primary job creators in Europe, having created around 85 % of all new jobs in Europe during the last five years; whereas the Commission has stated that SMEs pay on average 30 % more in tax than multinational enterprises (MNEs); whereas this seriously distorts competition, leads to loss of jobs in the Union and hinders sustainable growth;

D. whereas one third of all corporate investments are channelled through offshore financial constructions;

E. whereas convergence of tax policies should also be accompanied by greater controls and more investigations of harmful tax practices; whereas the Commission has started new formal investigations regarding tax treatment of MNEs; whereas a number of investigations by the Commission in matters of state aid were still ongoing at the time of adoption of this report; whereas certain Member States have initiated recovery procedures against some MNEs;