What is the Multilateral Competent Authority Agreement

The Multilateral Competent Authority Agreement (“the MCAA”) is a multilateral framework agreement that provides a standardised and efficient mechanism to facilitate the automatic exchange of information in accordance with the Standard for Automatic Exchange of Financial Information in Tax Matters (“the Standard”). It avoids the need for several bilateral agreements to be concluded. 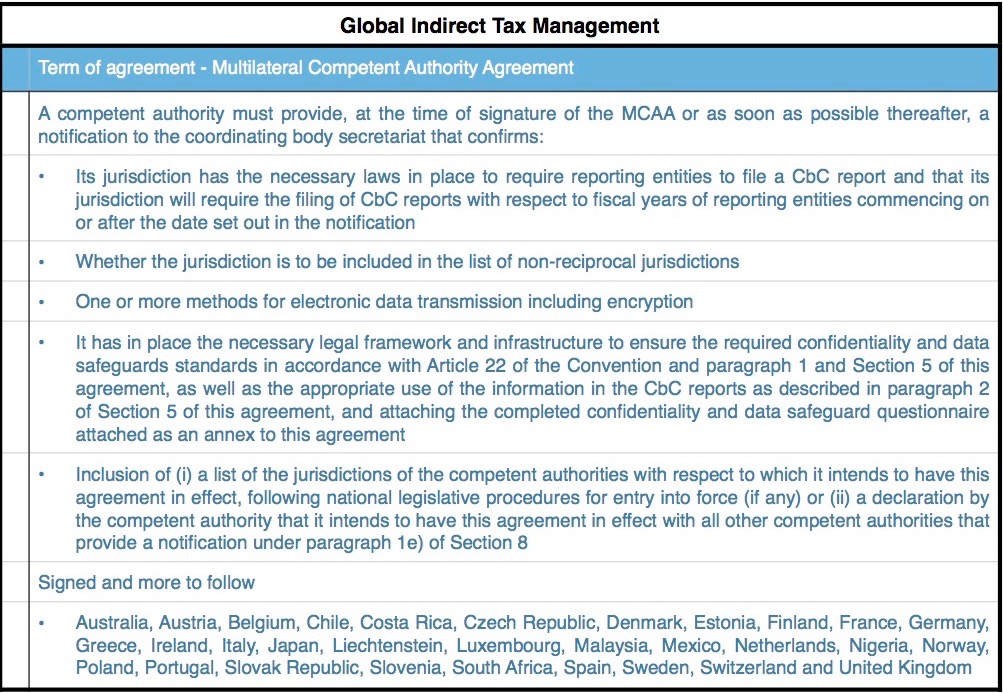 ‘Under this multilateral agreement, information will be exchanged between tax administrations, giving them a single, global picture on the key indicators of multinational businesses. This is a much-needed tool towards the goal of ensuring that companies pay their fair share of tax, and would not have been possible without the BEPS Project.’

The Anti Tax Avoidance Package is part of the Commission's ambitious agenda for fairer, simpler and more effective corporate taxation in the EU.

The Package contains concrete measures to prevent aggressive tax planning, boost tax transparency and create a level playing field for all businesses in the EU. It will help Member States take strong and coordinated action against tax avoidance and ensure that companies pay tax wherever they make their profits in the EU.

The Chapeau Communication outlines the political, economic and international context of the Anti Tax Avoidance Package and gives an overview of the different elements.

It aims to create a minimum level of protection against corporate tax avoidance throughout the EU, while ensuring a fairer and more stable environment for businesses. 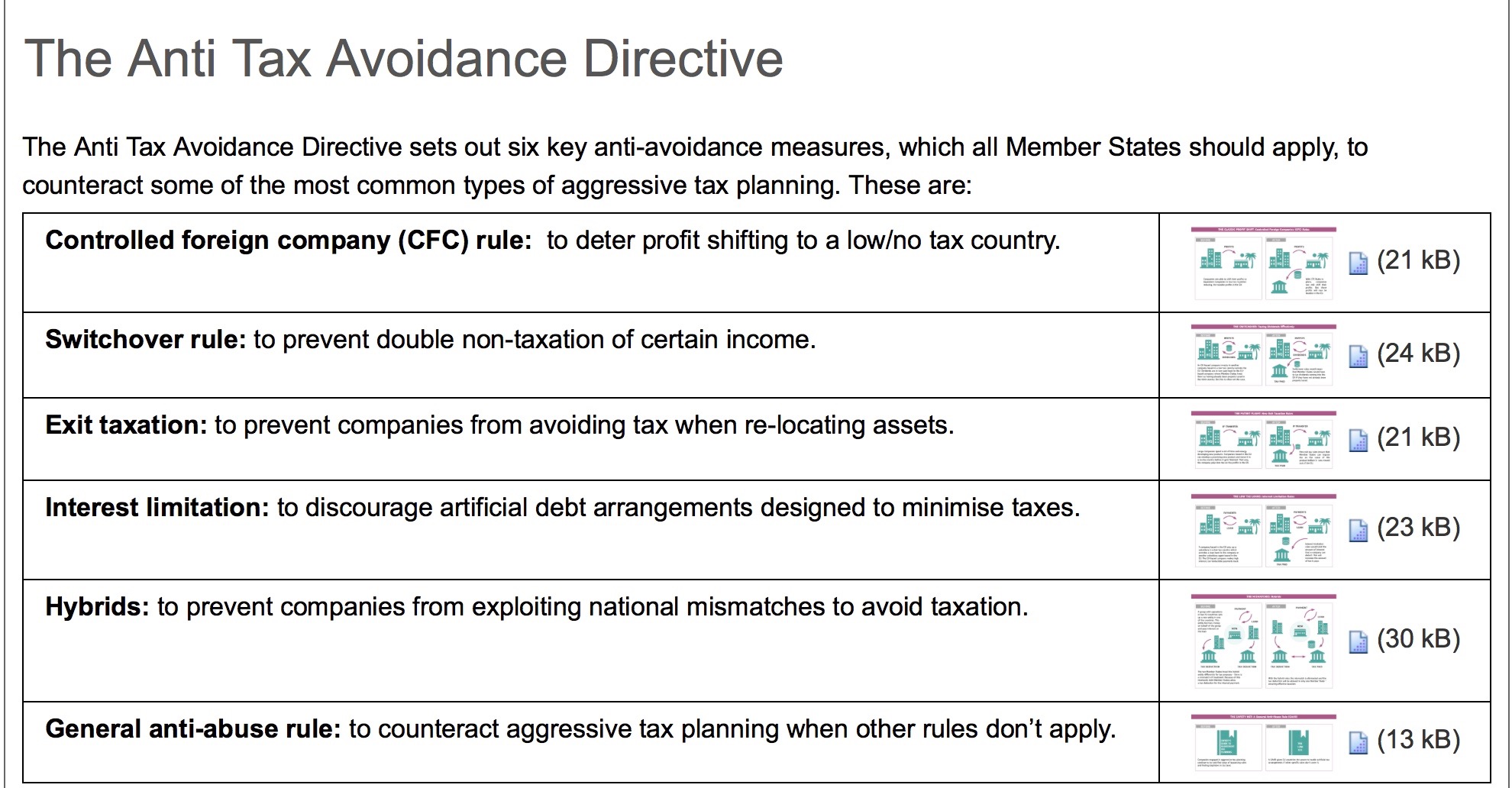 Revision of the Administrative Cooperation Directive

These new transparency provisions will allow all Member States the information that they need to detect and prevent tax avoidance schemes.

The recommendation on Tax Treaties

The Recommendation advises Member States how to reinforce their tax treaties against abuse by aggressive tax planners, in an EU-law compliant way. It covers the introduction of general anti-abuse rules in tax treaties and the revision of the definition of permanent establishment.

Communication on an External Strategy for Effective Taxation

The External Strategy presents a stronger and more coherent EU approach to working with third countries on tax good governance matters. It also sets out a process to create a common EU list of third countries for tax purposes.

It includes factsheets with the main findings for each Member State and examples of tactics used by multinationals to lower their taxes.